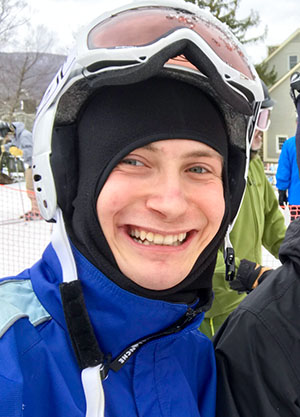 DiscoveryBound participant, John Monday, shares an account of a quick and inspiring healing he had while on a DB Outreach ski weekend.

During a DiscoveryBound Outreach weekend ski trip, I had a fall while skiing. We were on a green run, but there were many patchy spots with snow and ice since the mountain was not well groomed. One of my skis got caught under a thick patch of snow, causing me to spin around and then fly backwards 10 feet, where I hit my head on a block of ice. Of course I was wearing a helmet, but it was still very painful.

Immediately my Christian Science peers gathered around me, praying to know that God was with me just as He is everywhere at all times. Lying there helpless in the snow with my peers standing tall over me, I felt small like a little child, but I think this actually helped me to allow my heart to open up to being cared for by others. This helped me to open up my thought to know that I do not need to be the one to physically or materially handle this situation, but that it was already in someone else’s hands, God’s hands. This reminded me of a rhyme I learned in Sunday School when I was much younger: “There is no spot where God is not.” 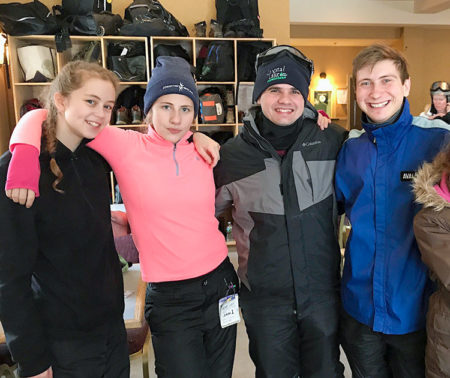 Although at first, I had difficulty moving, I was able to ski down the mountain and rest in the lodge. I prayed and worked with the DB Outreach event practitioner, knowing I could not fall from God’s arms and His good grace. If I were to fall from God’s arms, there would be nowhere for me to go since I would land in His lap. I also worked with Mary Baker Eddy’s answer to the question, “What is man?” (Science and Health with Key to the Scriptures, p. 475). What specifically stuck with me was that “Man is idea, the image, of Love; he is not physique. He is the compound idea of God…”

I am grateful for the support I also received from my CS peers on the slope at the time. By holding firmly to these right ideas, in less than 30 minutes I was able to ski for the rest of that day. I continued to work with a practitioner the following day and was also able to participate in the rest of the activities planned for that trip.